Centre for Pakistan and Gulf Studies is a non-partisan, independent think, which has been established to innovate future prospects for peace and security in the region and beyond through intellectual discourse and contribute in sustainable social, political and economic development.

On the behalf of President Centre for Pakistan and Gulf Studies (CPGS), we would like to extend an invitation for participating in a seminar planned by the center. You are aware that Pakistan is the hardest hit victim of terrorism and extremism in the world and has been fighting with this menace for almost one decade. The cause of extremism and terrorism in Pakistan can be traced back to the fabrication of violent culture in the name of Jihad to promote and secure the foreign agenda of one super power against the other. Later on the 9/11 episode and subsequent American led counter terrorism offensive in Afghanistan, and spill over of militancy and extremism into Pakistan led to destruction of social, economic, and political fabric of Pakistani state. According to South Asian Terrorism Portal (SATP) in 2012, there were 6211 terrorism fatalities in Pakistan, including  3007 civilians, 2472 militants, and 732 Security Forces Personals, as against 6,303 fatalities, including 2,738 civilians, 2,800 militants, and 765 SF personnel in 2011. The first 69 days of 2013 have witnessed 1,537 fatalities, including 882 civilians, 116 SF personnel, and 539 militants.

There is a consensus in making that Pakistan needs a holistic approach and strategy to effectively eliminate the menace of extremism from its society. The de-radicalisation and counter-radicalisation experience of other countries in this regard could prove to be a guideline for Pakistani experts to envisage a comprehensive strategy and approach towards elimination of extremism and terrorism from Pakistan. Relying on the interdisciplinary modes of analysis, this project will focus on following areas.

Within the framework covered above, the project seeks to attract papers which will offer new approaches and perspectives for Pakistan. In this context, the aim of the project is to focus on Pakistan’s current internal security situation, environment and challenges emerging from growing sectarianism, religious and political radicalisation.

The paper may highlight the implications for Pakistan’s internal and external security in the background of changing geopolitical and geostrategic landscape, especially in the situation of post US Afghanistan. There is a dominant view among the international scholars, academics and policy makers that after the withdrawal of American and NATO troops from Afghanistan, the country is most likely to fall in a civil war. Pakistan which is already bearing the brunt of spill over of military campaign in Afghanistan is also likely to be affected.

Moreover given the complex nature of threat, especially the confusing identities of the different groups, their motives and potential funders, the response to the whole situation demands for a holistic and comprehensive approach, which should covers all dimensions and aspects of radicalism and extremism we may consider following questions:- 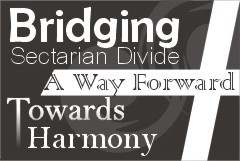